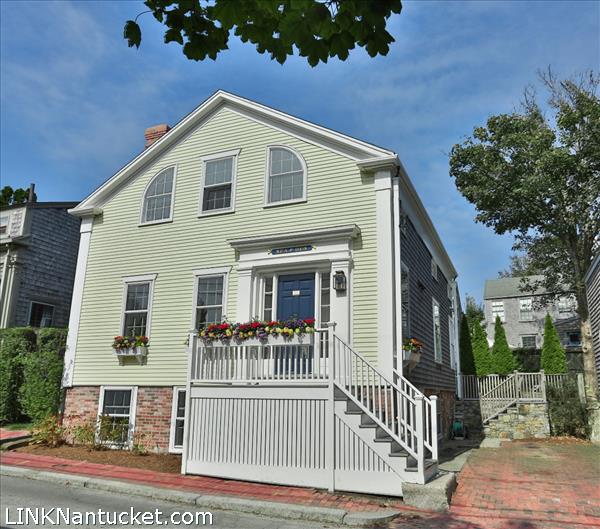 Completely renovated in 2011 by Cheney Brothers under the direction of Emeritus Development with thoughtful attention to detail. This four bedroom, four bath home is nestled on one of the most charming streets in the historic district of Downtown Nantucket with off street parking for two cars and a tasteful blue stone patio and yard. The house has historical significance not from the whale-ship captain who built it, Obed Swain, but from his wife, Harriet Swain. Harriet was a Petticoat Whaler, one of the few woman who accompanied their husbands on the ship during whaling voyages.